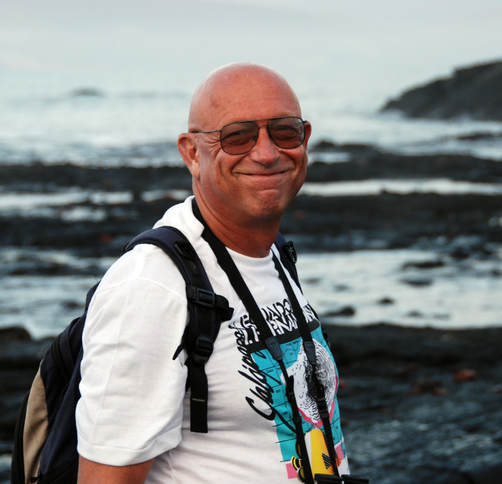 When I first visited the Galápagos in the 1980s, the islands were still somewhat remote.  It has since gone from a few thousand residents to a population approaching 40,000.  I was fortunate enough to meet and befriend several of the early residents and spend quite a bit of time with them.  At first it was as an author, for my book A TRAVELER'S GUIDE TO THE GALAPAGOS ISLANDS.  Then, as a Tour Leader for the company I founded in 1990, GALAPAGOS TRAVEL.  I wanted to let my guests meet some of these pioneers to get another perspective of a fascinating, wonderful place on this Earth. 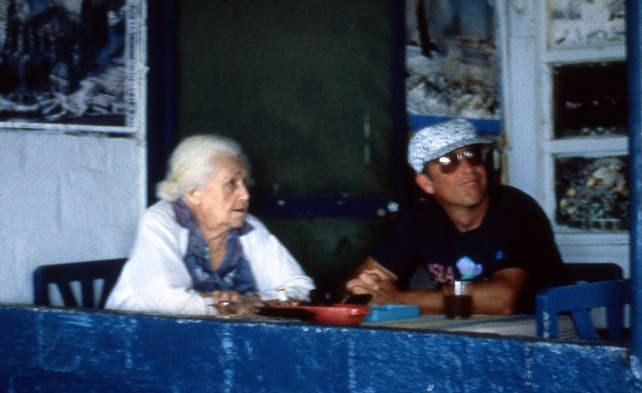 Margret Wittmer certainly was a pioneer in the Galápagos,  and quite a famous one at that.  Arriving from Germany, she settled on the island of Floreana in 1931 with her family and resided there until she passed in 2000 at the age of 95. She was a key player in what we call the Floreana murder mystery - detailed in a book by John Treherne called  THE FLOREANA AFFAIR  (also a recent indie movie by the same name).  We brought many tourists to visit and chat with Margret, who was always entertaining.  Our visits included a sample of her cookies and a sip of family-made orange wine.  Margret was the de facto Post Mistress of the Barrel Post Office, where one dropped off post cards and also picked some up if they were addressed to  the area where you lived.  It was a tradition started by the whalers in the early 1800s.  While the Barrel Post Office wasn't much to look at (see below),  it actually worked quite well.  Margret actually cancelled the post cards with her hand stamp. Her life was anything but dull, and  she chronicled her years and activities in the book, FLOREANA​, which is still in print. 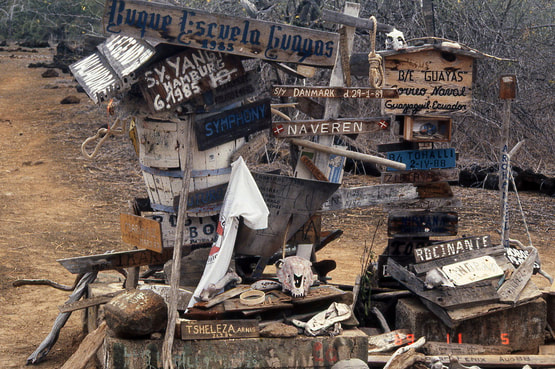 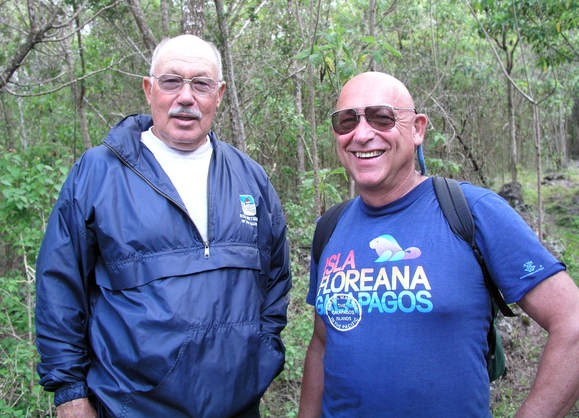 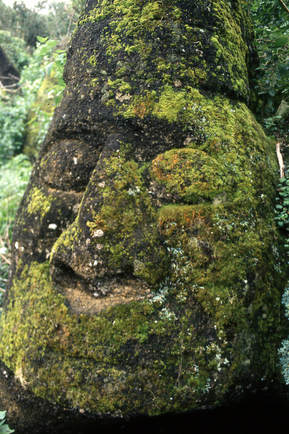 In1933, Margret gave birth to Rolf Wittmer, the first natural resident of Floreana.  Rolf was a great fisherman who converted his boat, the TIP TOP, to a tourist yacht.  I chartered the TIP TOP III and TIP TOP IV for many years and got to know Rolf quite well.  I listened to many stories about growing up in the Enchanted Islands of the Galapagos. Many visits included a trip to highlands of Floreana where he showed us the area, including the "priate caves", where he grew up.   A good story included the details of how his father carved a statue (at right)  that the great archaeologist, Thor Heyerdahl misinterpreted as an artifact from a primitive society . Captain Rolf Wittmer passed away in 2011. Fair Winds,  Captain. ​ 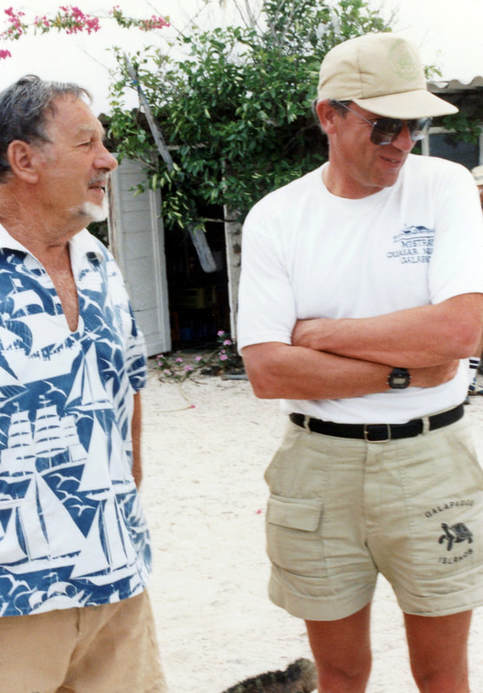 Karl Angermeyer also arrived from Germany during the 1930s with his brothers, seeking a more tranquil life.  They all had boats and were captains as are their descendants who work and live in the Galápagos today.  Karl was also an artist who specialized in finger-painting.  He loved entertaining guests with his stories,  demonstrating his artistic skill, calling to the hundred or so marina iguanas who settled on his roof,  and just "being Karl".  I took groups to visit Karl until 1991, when he suffered a  serious stroke.  I continued to see him on my own for a few years and then he passed on.  The book MY FATHER'S ISLAND  is  a great account of the Angermeyer family  (written by Johanna Angermeyer) and Galápagos history of the 1930s-1940s. 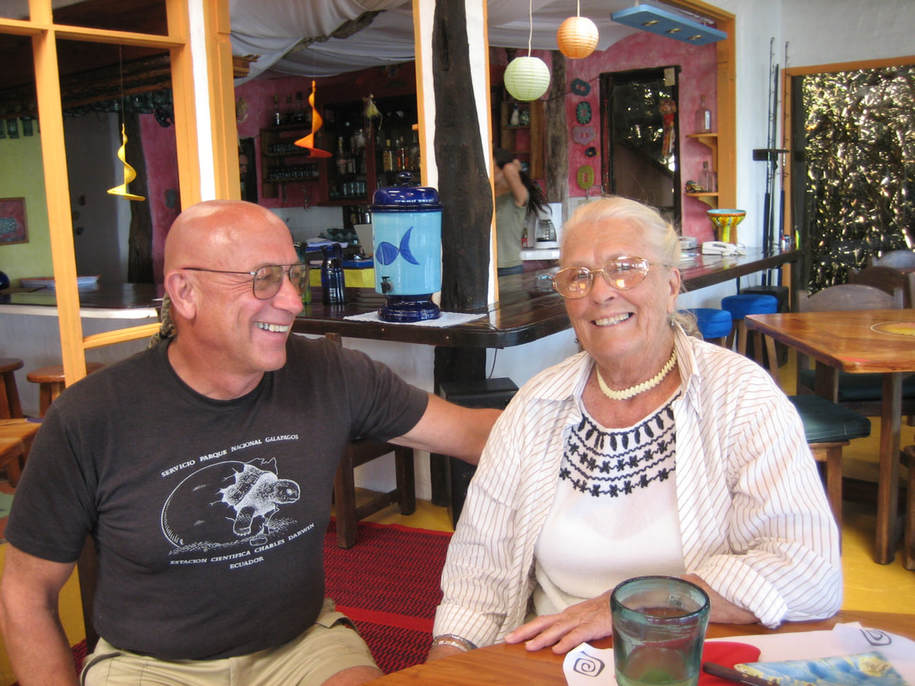 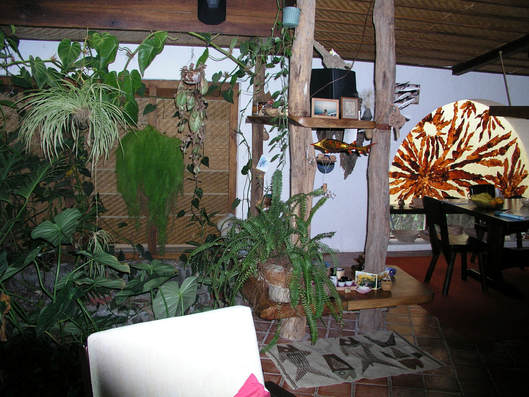 Jacqueline and Andre DeRoy settled in the Galapagos in 1955, arriving from Belgium with their 2-year-old daughter Tui.  The family made their living as naturalists and talented artists.  They built one of the first boats used in tourism, the INTI.
Jacqueline designed and made silver jewelry (using animal designs with the lost wax method) along with her son Gil.  She also received visitors for years and invited them into their naturally beautiful house, which the family also designed and built.  And as for daughter Tui, she is now considered as one of the best nature photographers in the world and has written several beautiful natural history books featuring her photos and words.
Sadly, Jacqueline passed away in 2015;  "Empty Chairs and Empty Tables." 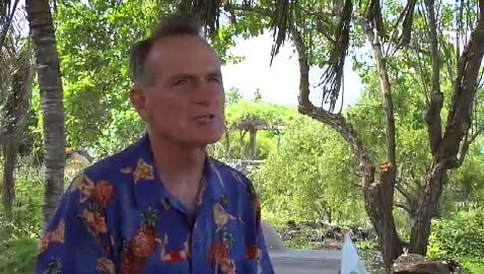 Jack Nelson's father sailed to the Galápagos a few times, finally settling there around 1960 when he helped construct and manage the Charles Darwin Research Station and a no-frills lodging down the road - the HOTEL GALAPAGOS.  Jack arrived in the late 60s and took over the hotel which he ran for over 30 years until the property was sold. I stayed there many times and my passengers had lunch at the hotel during every trip.  Jack also started SCUBA IGUANA, a well-run Day Trip Dive Operation. Currently Jack is the U.S. Consular Agent in the Galápagos, the go-to guy for U.S. citizens in the islands who have a situation or problem.  We've spent many a happy day together, fishing, making sashimi, or sharing a Sundowner. 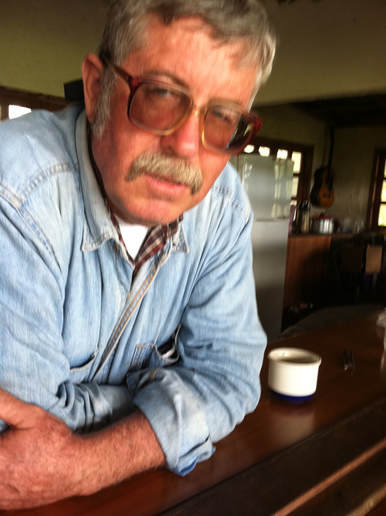 Steve Divine's father, Bud, also arrived in the Galápagos early, in 1949, when there were barely a hundred people living on the island of Santa Cruz. Bud was involved in a tugboat operation, supplying the U.S. Air Force Base (on Baltra Island) which served as a radar station during World War II.  Bud also bought some land in the Highlands of Santa Cruz which Steve developed as a cattle farm.  After tourism began in the late 60s, "Steve's Farm" as it was known (also called RANCHO MARIPOSA or "Butterfly Farm") was a great place for visitors to see tortoises in the wild;  we visited there many years and I would talk about the latest gossip with Steve as I sipped his lemongrass tea. 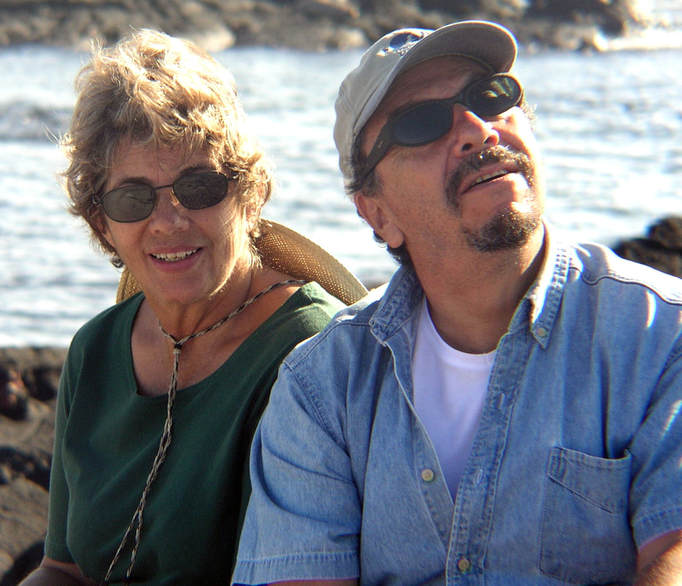 Evelina and Eduardo Donoso arrived in the Galapagos about the same time that I did - in the late 1980s.  Shortly, they  opened their restaurant, the NARWHAL, in the Highlands of Santa Cruz, and  I started  my company, GALAPAGOS TRAVEL.  We enjoyed dinner there every trip and everyone raved about the place - the food, the ambiance, and the incredibly personal service. They're still up there, and I miss them (as well as their chifles with the best sauce ever). Oh, the name NARWHAL had nothing to do with the unicorn whale (passengers always asked);  it was named after one of their dogs! 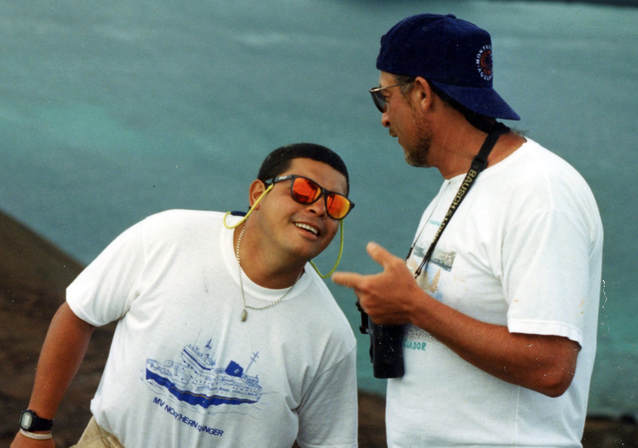 I've worked with many university level Naturalist Guides in the Galápagos (NOTE: only a fraction of them meet this classification) and Ernesto Vaca was the best.  He's still guiding, and I still manage to lead a trip every year or so.  Aside from our close friendship and working relationship, where we tried to provide the best educational experience and adventure travel we could, we did some good for the community.  To begin with, my company provided scholarships to Ecuadorian graduate students to do their thesis research in the Galápagos. Called Becarios,  many went on to distinguished careers, such as Director of the Galápagos National  Park Service.  In addition, Ernesto and I formed the Scouts of Galápagos, which became part of the Scouts of Ecuador.  The Scouts honored me with a library with my name on it.  Gracias Ernesto​.   NOTE: Older photo;  I actually had hair and a beard here!! 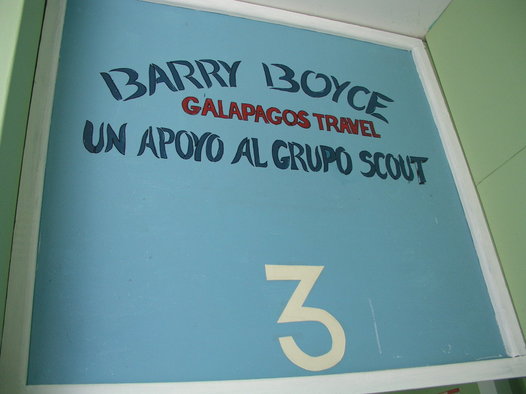 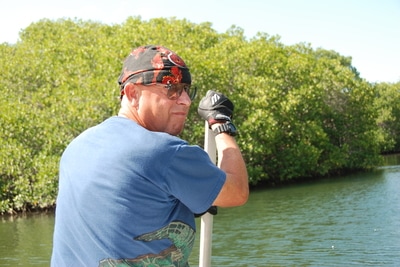 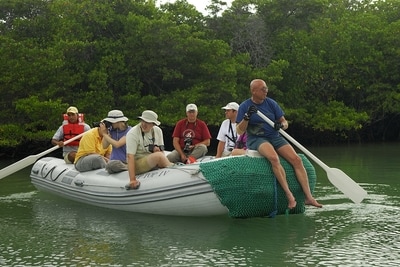 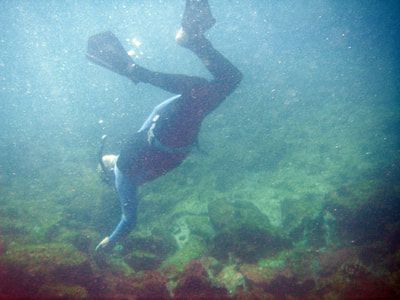