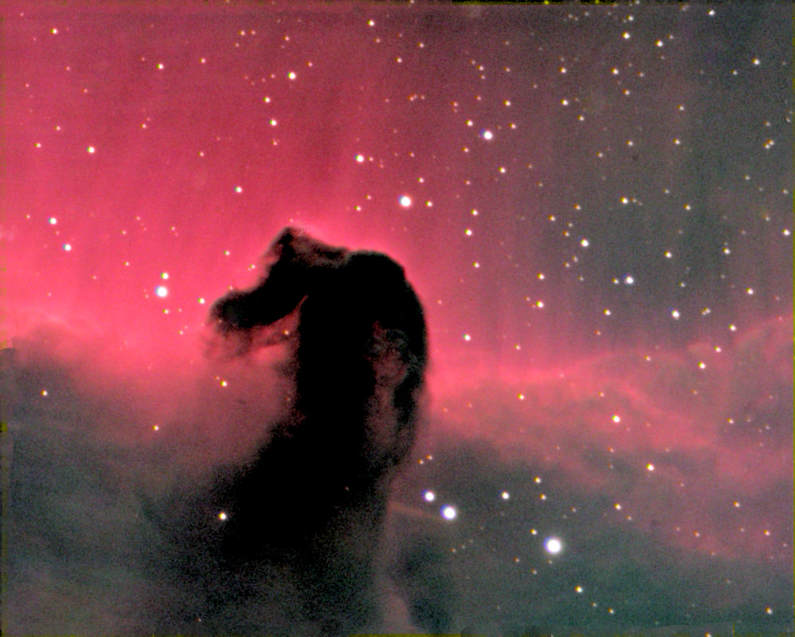 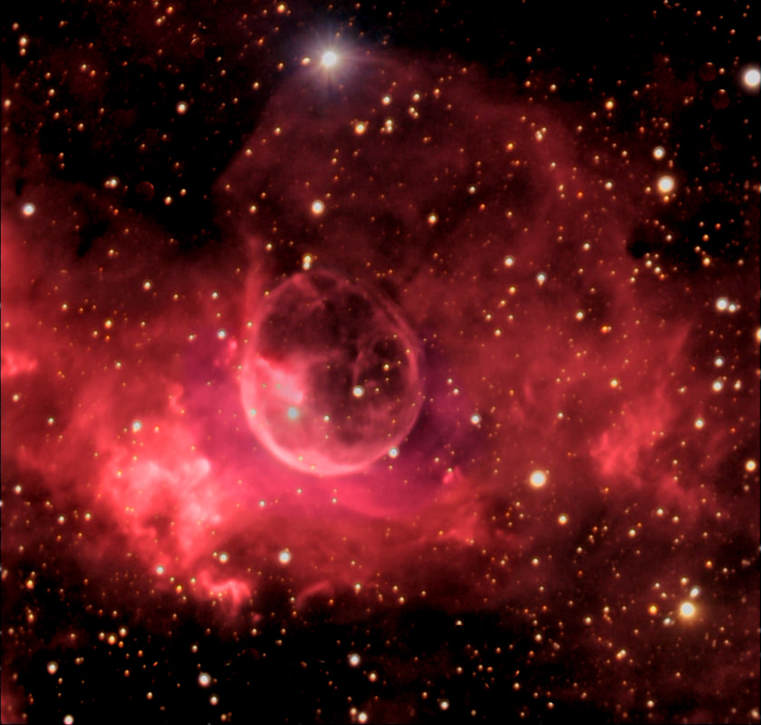 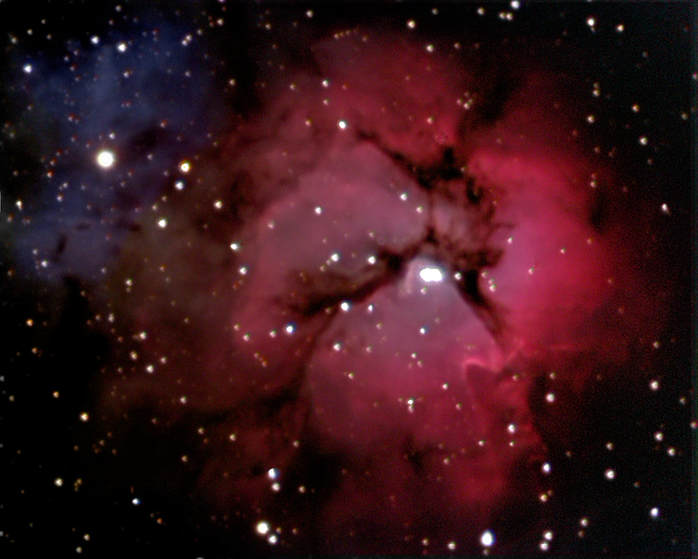 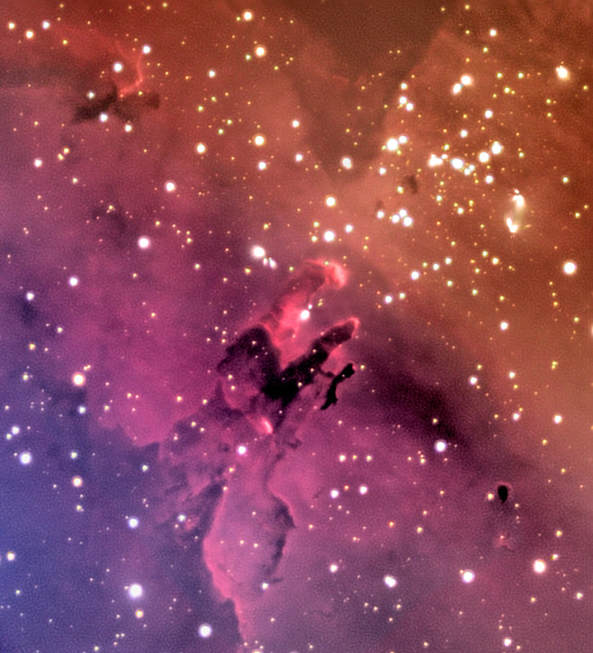 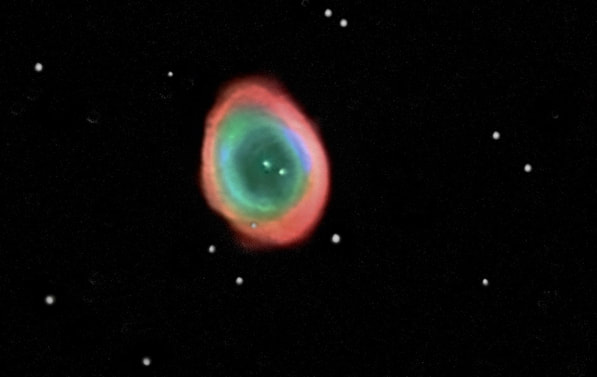 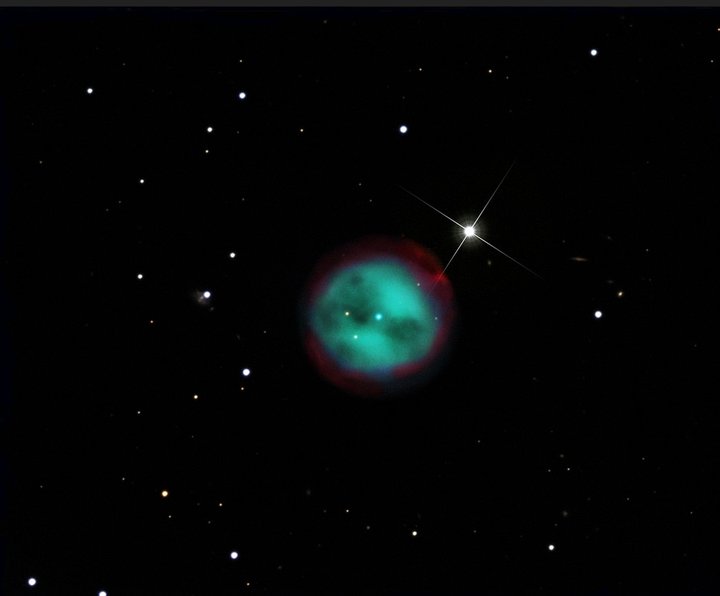 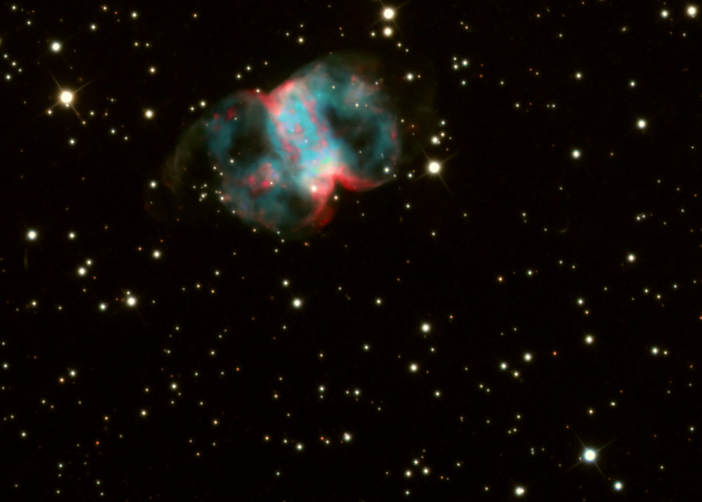 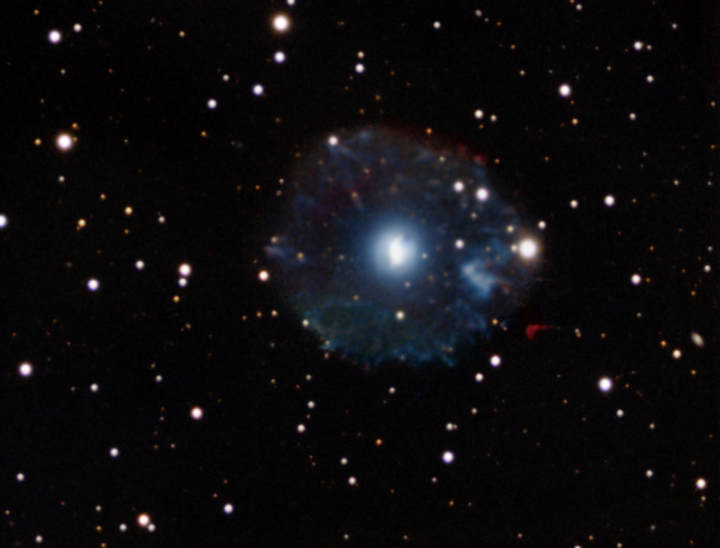 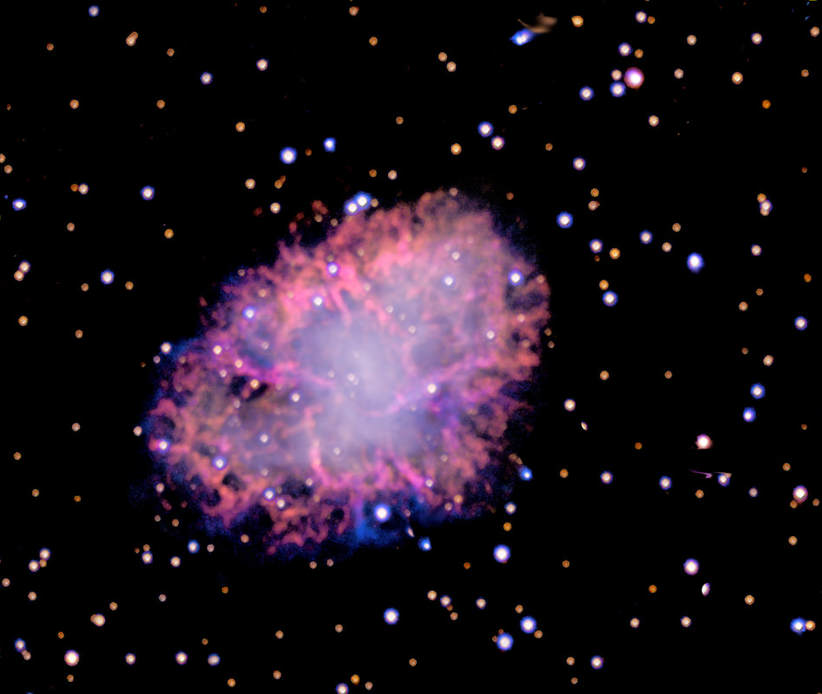 M1  THE CRAB NEBULA
​Chinese astronomers watching the sky on July 4, 1054, noted the appearance of a bright “apparition” in the sky within the constellation Taurus (the Bull); this event was also observed by the Anasazi people of the American Southwest. The “new Star” was visible during daylight hours for nearly a month and was a naked eye object at night for almost 2 years.  It turns out that this was the first documentation of a massive and sudden collapse (implosion) of a Star far larger than the Sun – this was a Supernova; material rushed outwards of a speed of over 3 million mph (930 miles/ sec.) and is still expanding. At the core of this Supernova remnant, located 6,500 light years from Earth, is a small ultradense Neutron Star, rapidly-rotating. It has a strong magnetic field and gives off pulses (30 per second) of electromagnetic radiation every revolution. If the Earth is in the path of these radiated beams (which it is in this case), we classify it as a “Pulsar”.  When we first detected these clockwork pulses in the 1960’s (including the energetic one from the Crab Nebula), there were limited explanations regarding their source, and the rumor of a “contact” from an alien civilization was spread. 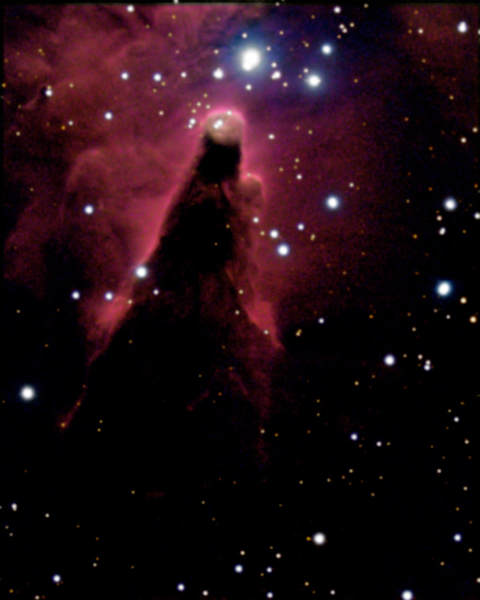 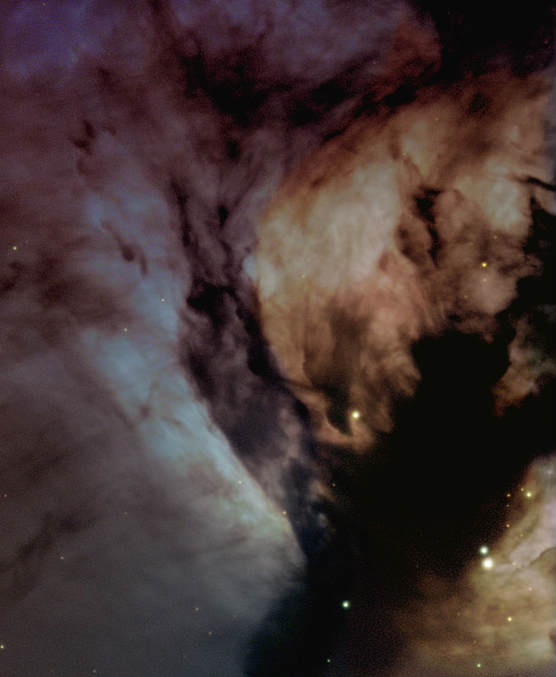 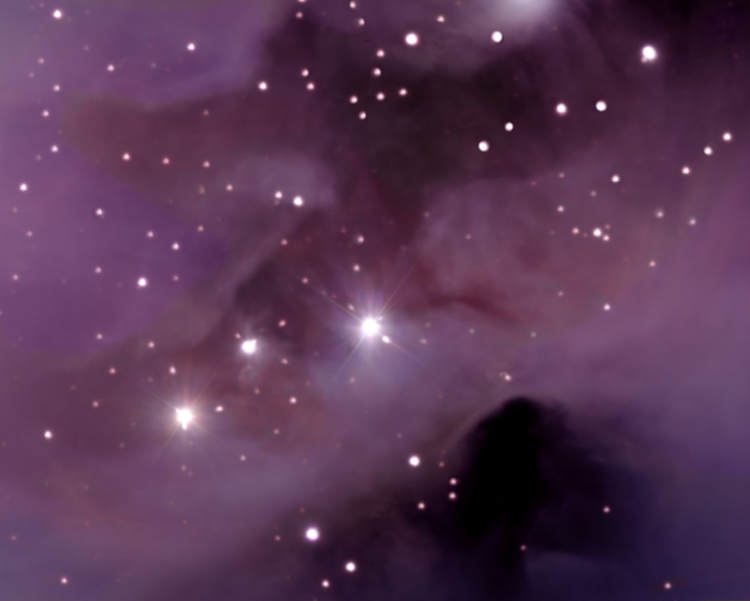 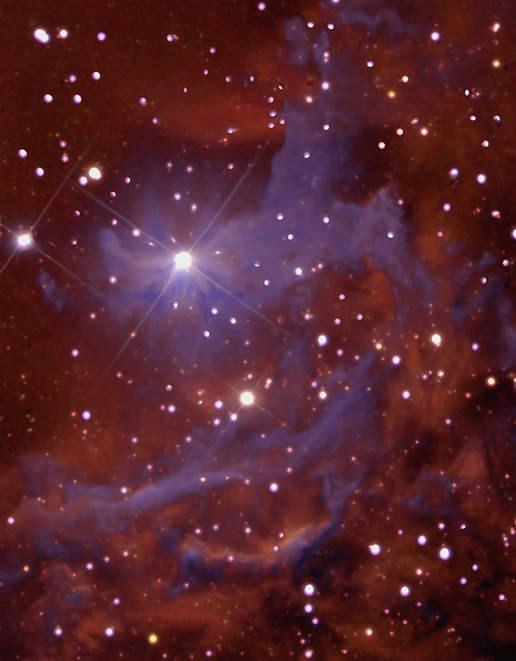 The Flaming Star Nebula is found in the Constellation  Auriga (the Charioteer) and is about 1,500 light years away. It’s another of those Emission/ Reflection/ Dark Nebula combinations, and it’s quite colorful and visually interesting, with all the dust lanes. The hot blue stars are quite dominant in this area, and give rise to both the Emission (Red) and Reflection (Blue) coloration.  It’s another favorite for astrophotgraphers.

The origin of the IC  catalog is fairly straightforward. The New General Catalog (NGC) of celestial objects was updated towards the end of the 19thcentury, through 1907, with an Index Catalog (IC) of Nebulae and  Star Clusters. Over 5,000 addditional objects were referenced in two editions; most of these additional objects were “seen” through photography.